EDIT: Note that many residents of East Campus and Senior House prefer to be known by those full names rather than with the second word omitted, unlike in the rest of campus. This post was made before I was aware of that.

Not sure which MIT dorm suits you? Here is a bunch of information usually not provided to you when you pick a dormitory. These statistics are compiled from responses to Tech surveys.

10. HPM: favorite Harry Potter house, and percentage of residents who would most associate with particular house
11. HPR: the other three Harry Potter houses in decreasing order of representation in favorites
12. SWT: whether more residents prefer Star Wars or Star Trek

I like symmetry. I really do. (I also, at certain points, really like asymmetry.) I sometimes get obsessive over symmetry. But because I found out from the internet that I wasn’t the only person who frequently went out of my own way to put the same number of steps in each sidewalk segment (I also sometimes like to make sure if one of my feet steps on a crack that I get my other foot to step on a commensurate crack), I wondered if maybe I wasn’t the only person who obsessed over symmetry on a staircase, and even if I was, I might as well share it.

I like to ascend staircases two staircase steps per one step by my feet. I don’t know why; one step always feels so small going up. The thing, though, is that two steps also feels slightly too large going up, so I often feel that I wish to give my two legs the same experience. Thus, I have a strong preference for staircases with a 0 (mod 4) number of steps, so that I can ascend it with exclusively double steps and with the same in each leg. When staircases do not have 0 (mod 4) steps, I usually prefer the single step earlier; I frequently feel like I want to end on a double step; I don’t know why: I guess a subconscious affirmation of accomplishment? Anyway, the problem with that is that I have to calculate ahead of time where my steps near the end go. If you have ever watched me ascending or descending a staircase, you might notice that I do strange things, most notably (1) stopping for an extended while before engaging on an ascent or descent (I’m deciding which steps to step on) and (2) making huge steps with one leg after an ascent or descent (I realized I made some sort of mistake in my trajectory and am making up for the leg I ripped off by giving it actions that stretch it as taking a double step does). (I should also note that I much more frequently descend in single steps, since double steps are actually not as fast and more possibly dangerous on descent.) This property of my staircase traversing explained, interesting results time.

Back at my home in California, the staircase between the floors had one initial step, then a τ/8 turn, then two steps, then a τ/4 turn, then a 2 (mod 4) (I don’t specifically remember what exact amount) number of steps. That was really nice, because after the bottom step, which was physically in a special location anyway, I could just take double steps the rest of the way, as there was a 0 (mod 4) total of steps after the bottom, and the long flight was close enough to the set of two for me to be able to conveniently make the turn over one step.

At W20, I frequently ascend from the second floor to the fourth floor on the inner staircase. Second floor-to-third floor is 10 steps, then τ/2 turn, then 9 steps, and third floor-to-fourth floor is 9 steps, then τ/2 turn, then 10 steps. At first, this was quite an issue on apparent wasted singles, but after I got to know the layout, 5 doubles-4 doubles plus single-4 doubles plus single-5 doubles (the second time with the other leg represented more to balance the original imbalance from one of the leg in the first 5 doubles) has made me perfectly happy. Fourth floor-to-fifth floor, though, is 11 steps, then τ/2 turn, then 13 steps, so I actually use two singles on the way up the lower subflight there, and then 3 sets of double double-steps for the upper subflight.

A few weeks ago, I realized that when ascending, I liked to ascend for the second floor to the fourth floor in the inner staircase, but when descending, I liked to descend from the fourth floor to the third floor, then go to the main staircase, and descend from the third floor to the second floor there. A while later, I affirmed it was indeed the result of me liking completion in double symmetry that can be achieved from second to fourth, but that because I have a much smaller desire for double-steps on the way down, upon descent I instead defer to my desire to take the main staircase, from which I can see more of what interesting things at the moment may be going on in the student center. 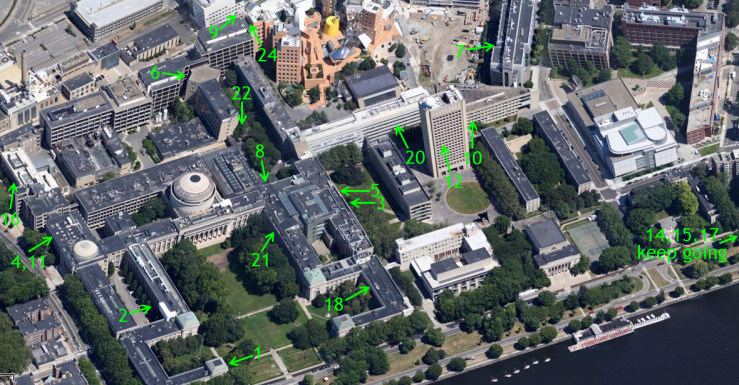 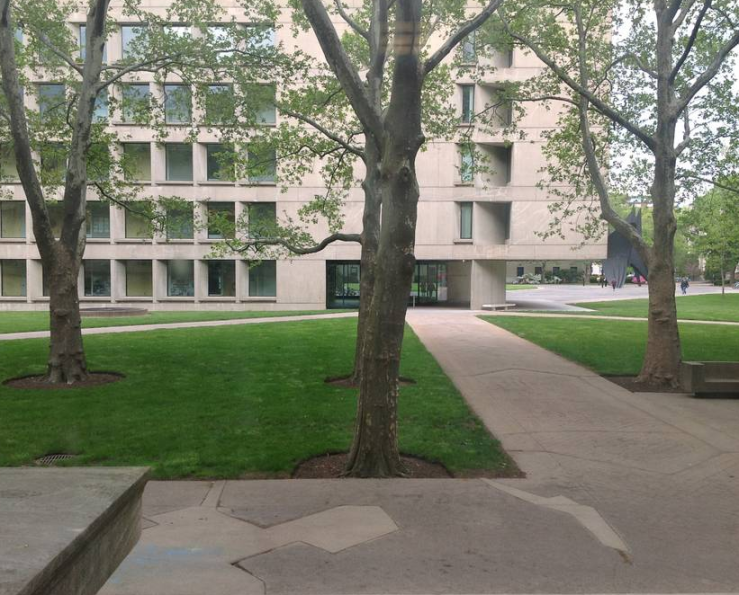 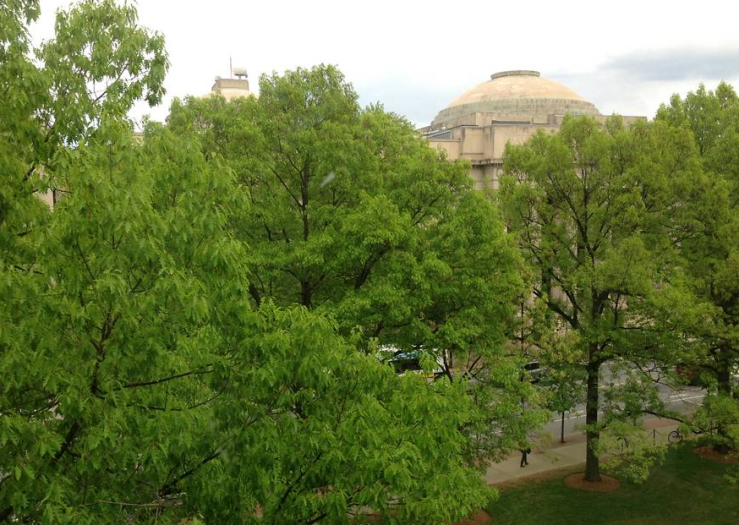